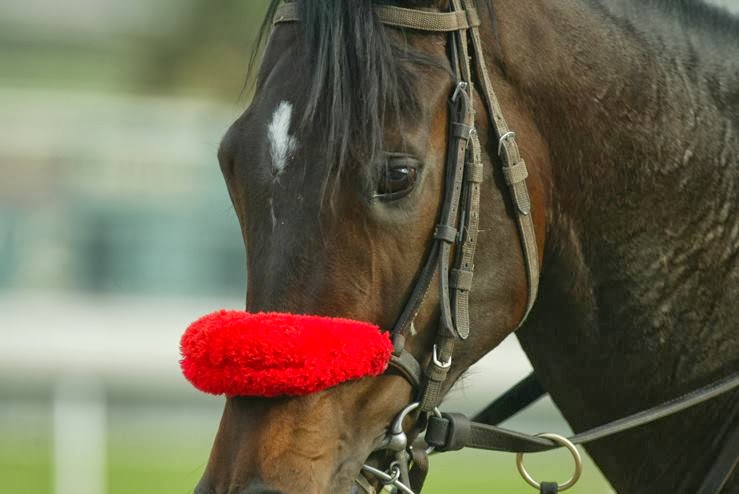 The pathway to success is, sometimes, challenging to foresee and rarely linear. I cite as example, one beautiful bay colored, horse, Mr. Bond, Bond Holder, owned by Reddam Racing and trained by Doug O'Neill out of Southern California.
Bond Holder is currently in the middle of his three-year-old campaign. His team of human caretakers started 2014 with plans to prep him for the Triple Crown races. Those plans have recently experienced unfortunate setbacks. A tricky plane flight for Bond Holder required he be unexpectedly unloaded in Florida. Although, he wasn't badly injured, a minor hoof irritation according to his team, the intense flight unsettled his nerves. Rather than preparing for the Tampa Bay Derby which he was supposed to run in on March 8th, he now sits at Tampa Bay Downs grazing in pasture, recuperating and leisurely kicking it.
Personally, I can think of much worse places for a horse to wind down than in lovely, sunny February/March Florida. It occurs to me as I write this, Bond Holder might be one of the craftiest horses to compete in the upcoming Kentucky Derby. Come May, I'll certainly be watching him for strategic race placement, moves and impressive last-minute effort on the track. He was, after all, smart enough to convince an entire team of racing expert humans to let him hang out and catch a cool afternoon breeze, rather than high-tailing it around the racetrack when he didn't feel like it.
Horses continue to teach me new things every day. If life jets a curve into your very well-thought-out path, while you're high-tailing it yourself to success, remember Bond Holder. High expectations still exist for this very capable horse. Yes, his recent flight left him feeling unsettled, but his long-term accomplishments won't be determined by a single race or title. The strength, beauty and inspiration of a true champion comes from his ability to endure and keep moving forward, even when his plan deviates from his original intention.

Learn how to create a plan to set and meet personal goals. Dr. Phil says, hang in there Bond Holder! Keep on hoofing it until you're satisfied.
Posted by Tiffany at 3:53 PM